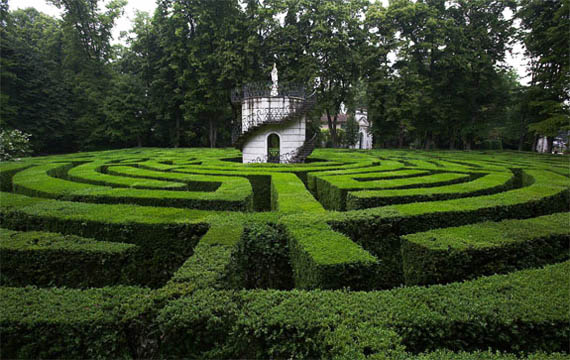 “The truth may be puzzling. It may take some work to grapple with. It may be counterintuitive. It may contradict deeply held prejudices. It may not be consonant with what we desperately want to be true. But our preferences do not determine what’s true.” ~ Carl Sagan

A bit of a strange and vexing day. Did you know that if you unplug your keyboard to clean it, and then sit the keyboard back on the desk but fail to plug it back into the CPU, typing with all your might will not produce anything on the screen? See? I can be amusing as well as informative.

I must have failed to make this connection as this afternoon I was reading my e-mail, and I started to reply to someone, but nothing happened. I thought to myself, “Stupid computer. What’s wrong with you now?” I tried typing harder. Nothing. Reopened my mail. Nothing. Rebooted the computer. Still nothing. Completely vexed, I decided to abandon the mail and do a bit of browsing on tumblr.

I swear, completely truthful here, it took me almost three hours of mulling it over in the back of my mind before I realized that the keyboard was unplugged; hence, no typing, no words on the screen. Isn’t that just pathetic? Here I had blamed the computer for obvious operator incompetence, but to be fair, it’s usually the computer. Really. It is.

“I felt like an explorer who had been handed a map written in invisible ink. … The library was a place where most of the things I came to value as an adult had their beginnings.” ~ Pete Hamill, “D”Artaganan on Ninth Street”

I know. GW changed carriers because of cost concerns. That’s the reality. But the reality for me is that I am paying the same amount for a policy that isn’t doing me much good. I now have to decide whether to pay the out-of-network cost to see all of the doctors with whom I have established a relationship or to play craps with a list of providers with whom I am not familiar in the hopes that I can find a new gastroenterologist, a new gynecologist, and a new neurologist.

My pain doctor is also not in-network, but I really cannot even conceive of changing back doctors. The only doctor that is still in network is my PCP.

So aside from cursing at the computer for its inability to put words on the screen after I had typed them on an inoperable keyboard, I also spent a lot of time cursing at the computer screen for showing me a whole lot of nothing good. As it stands, I am six months overdue for my annual humiliation in the stirrups, three years overdue for breast-smashing, and several years overdue for a checkup on my digestive system. I will run out of my cymbalta within the next three weeks, and I don’t have an appointment with an in-network mental health care provider.

“Pointless . . . like giving caviar to an elephant” ~ William Faulkner

So in essence, the entire time that I thought that I was being productive was actually yet another exercise in futility. I should probably have those three words—exercise in futility—tattooed across my forehead, as nothing could possibly be a more fitting description of my life at the moment.

I did manage to make an appointment to get my eyes examined, something that I have really needed to do for months now. My new policy does have a vision rider, which means that my exam is covered at 100 percent, and I get a deduction on my glasses and/or contacts. Of course, the eye doctor that I had wanted to go to is not in network . . . so I settled for someone else. I’m seriously thinking of going back to contacts; I haven’t worn them for over a year now. I’ll probably do both glasses and contacts and then depending on how lazy I am in the morning/afternoon when I get up, I’ll slap on glasses or take the few extra minutes to put in the contacts.

So many decisions. You would think that some of this stuff actually mattered. But I know better.

“I feel as if I were a piece in a game of chess, when my opponent says of it: That piece cannot be moved.” ~ Søren Kierkegaard

Other things that got on my nerves today:

YouTube suddenly turns of the shuffle mode when I am playing a playlist, and I will listen to the same song three times in a row without noticing it.

The tumblr dashboard was acting up, and whenever I tried to reblog something, I got the error page, which means that I either did not get a reblog, or I reblogged twice—and I realize that this means absolutely nothing to you if you don’t use tumblr, but it’s rather vexing, so it needed to be included in today’s list of things that make me crazy.

Oh, and Alexis dropped by this evening to grocery shop in our pantry. She also picked up the laundry that she sent over. It must be nice . . . While she was here, she also scavenged in Eamonn’s room to see if there was anything in here that she might want. Who is this person?

She moves through the house like a cyclone, grabbing things in her wake until she is satisfied, and then she leaves, after gracing us with her presence for less than a half an hour. She always says that the next time she drops by she will stay longer. I don’t know if we have enough stuff that she wants to warrant an extended stay.

Ooh. That last bit was snarky. Wasn’t it?

Honestly, this post was not meant to be one long bitch-fest, but that’s what has happened. Isn’t it? I would apologize, but I’m not really sorry. Sometimes, it’s important to vent. It keeps the stomach-aches away. Or is that yogurt that does that?

I feel a great need for chocolate and caffeine, and I don’t believe that I will restrain myself since I have been on an eating binge for the past two days, which makes sense since I have to get on doctor’s scales next week, and being weighed while bloated and full will only help my general disposition.

I think that I’ll stop now with this wonderful quote by David Suzuki which pretty much sums up the day: “We’re in a giant car heading towards a brick wall and everyone’s arguing over where they’re going to sit.”