The wit and wisdom of Meryl Streep on the insiduousness of sexism in our society:

Today’s poems are not easy or beautiful, but they are powerful. Consider, Langston Hughes wrote his poem in 1938, and the truly depressing aspect is that it is still applicable today. The second poem is from three years ago, and either poem could have been written during any period in our history—when lynchings were common, or when gun violence became a way of life for our society.

Listen, one of my biggest political anxieties is that this country still does nothing to rid itself of mass shootings. Don’t scream at me about the 2nd Amendment, okay? I’m not suggesting that the government come and take away your guns. But I am advocating that we need much stricter gun laws. Even the fascist NRA is for more control. It’s just too damned easy for someone to get a gun, modify a gun, purchase hundreds and hundreds of rounds, and then go out and kill people.

We are the only country in the world that has repeated mass shootings and still does nothing to ensure that such violence against society does not happen again. Since 1966, this country has had 161 mass shootings (defined as four or more people killed by a lone/two shooters); this number does not include gun violence, robberies, etc.). The Washington Post has a really good article that breaks down each shooting into detail.

I am not naive enough to believe that any individual who wants a gun can find a way, but I still contend that we can make that process harder. In my ideal world, there would be no guns available anywhere, but that will never happen. So I would settle for making access harder, especially to people who have no business gaining access to killing materials.

By the way, don’t bother leaving comments about killing people with hammers or knives or baseball bats or any other easily accessible implement. I really don’t care to hear it. And I’m absolutely not going to apologize for wishing that we did not have a continuing legacy of innocent people being killed—by cops, or troops, or drones, or individuals with malice in their hearts.

This is for the kids who die,
Black and white,
For kids will die certainly.
The old and rich will live on awhile,
As always,
Eating blood and gold,
Letting kids die.

Listen, kids who die—
Maybe, now, there will be no monument for you
Except in our hearts
Maybe your bodies’ll be lost in a swamp
Or a prison grave, or the potter’s field,
Or the rivers where you’re drowned like Leibknecht
But the day will come—
You are sure yourselves that it is coming—
When the marching feet of the masses
Will raise for you a living monument of love,
And joy, and laughter,
And black hands and white hands clasped as one,
And a song that reaches the sky—
The song of the life triumphant
Through the kids who die.

How We Could Have Lived or Died This Way

Not songs of loyalty alone are these,
But songs of insurrection also,
For I am the sworn poet of every dauntless rebel the world over.
—Walt Whitman

I see the dark-skinned bodies falling in the street as their ancestors fell
before the whip and steel, the last blood pooling, the last breath spitting.
I see the immigrant street vendor flashing his wallet to the cops,
shot so many times there are bullet holes in the soles of his feet.
I see the deaf woodcarver and his pocketknife, crossing the street
in front of a cop who yells, then fires. I see the drug raid, the wrong
door kicked in, the minister’s heart seizing up. I see the man hawking
a fistful of cigarettes, the cop’s chokehold that makes his wheezing
lungs stop wheezing forever. I am in the crowd, at the window,
kneeling beside the body left on the asphalt for hours, covered in a sheet.

I see the suicides: the conga player handcuffed for drumming on the subway,
hanged in the jail cell with his hands cuffed behind him; the suspect leaking
blood from his chest in the backseat of the squad card; the 300-pound boy
said to stampede bare-handed into the bullets drilling his forehead.

I see the coroner nodding, the words he types in his report burrowing
into the skin like more bullets. I see the government investigations stacking,
words buzzing on the page, then suffocated as bees suffocate in a jar. I see
the next Black man, fleeing as the fugitive slave once fled the slave-catcher,
shot in the back for a broken tail-light. I see the cop handcuff the corpse.

I see the rebels marching, hands upraised before the riot squads,
faces in bandannas against the tear gas, and I walk beside them unseen.
I see the poets, who will write the songs of insurrection generations unborn
will read or hear a century from now, words that make them wonder
how we could have lived or died this way, how the descendants of slaves
still fled and the descendants of slave-catchers still shot them, how we awoke
every morning without the blood of the dead sweating from every pore.

Music by Kaleo, “Way Down We Go” 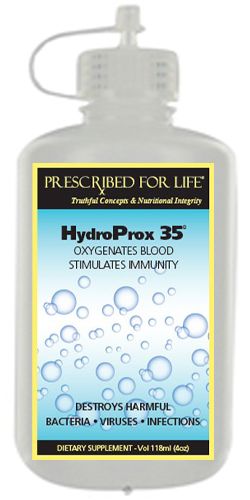